A customs bonded warehouse is a safe place where products and inventory may be kept, imported, and exported duty-free. It can also be referred to as a duty-free zone for your imports and exports. Although the customs authorities may offer a private player a licence to operate a custom bonded warehouse, most bonded warehouses are held by the government or government-owned companies.

Bonded Goods are landed imports that are held in bonded warehouses under the supervision of customs officials and for which the customs duty has not yet been paid. Bonded commodities are freed for re-export after customs clearance and duty payment. The warehousing provisions are included in Chapter IX of the Customs Act of 1962.

As per Section 2 of Private Warehouse Licensing Regulations, 2016, “applicant” means a person who applies for a licence for a private warehouse under section 58 of the Customs Act,1962. 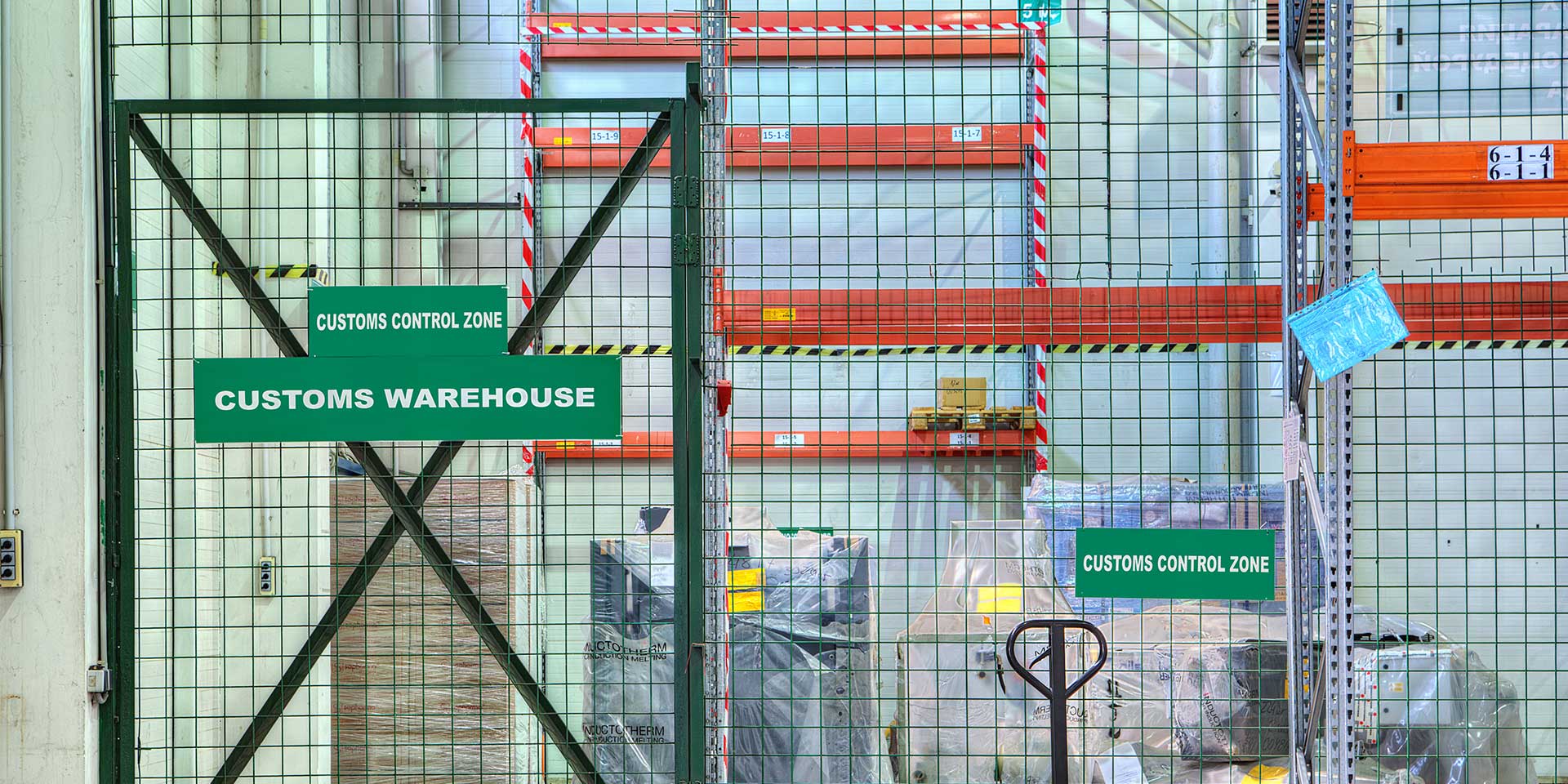 Appointment of Warehouses and Procedure to be followed:

Section 59 of the Customs Act, 1962 states that the importer of any goods which have been entered for warehousing and assessed to duty under section 17 or section 18 shall execute a bond binding himself in a sum equal to twice the amount of the duty assessed on such goods-

When the conditions of section 59 of the customs act, 1962, have been met in respect of any goods, the competent officer may make an order allowing the items to be deposited in a warehouse, according to section 60 of the Customs Act of 1962.

In the case of any goods which are not likely to deteriorate, the period may be extended and in the case of any goods that are likely to deteriorate the aforesaid period of 1 year may be reduced by the Commissioner of Customs to such a shorter period as he may deem fit. further that, if a private warehouse’s licence is revoked, the owner of any goods stored there, must remove the goods from the warehouse to another warehouse or clear them for domestic consumption or exportation within 7 days of receiving notice of the revocation, or within such extended period as the proper officer may allow.

Where any warehoused goods remain in a warehouse beyond the period by reason of extension of the aforesaid period or otherwise, interest at such rate shall be payable, on the amount of duty payable at the time of clearance of the goods, for the period from the expiry of the said warehousing period till the date of payment of duty on the warehoused goods.

Provided that the Board may, if it considers it necessary so to do in the public interest, waive the whole or part of any interest payable in respect of any warehoused goods

The proper officer may force any warehouse to be locked with a Customs Department lock, which no one may remove or breach. In addition, the proper officer shall have access to all areas of a warehouse and the authority to inspect the items within.

Payment of rent and warehouse charges

According to Section 63 of the Customs Act of 1962, the owner of any warehoused goods must pay the warehouse-keeper rent and warehouse charges at the rates established by any legislation currently in force, or at such rates as the Commissioner of Customs may establish.

Second, if any rent or warehouse costs are not paid within 10 days of the due date, the warehouse-keeper may, after giving notice to the owner of the warehoused goods and with the approval of the proper officer, force a sufficient amount of the items to be sold.

Section 64, of the Customs Act, 1962 states that with the sanction of the proper officer and on payment of the prescribed fees, the owner of any goods may either before or after warehousing the same inspect the goods, separate damaged or deteriorated goods from the rest, sort the goods or change their containers for the purpose of preservation, sale, export or disposal of the goods, deal with the goods and their containers in such manner as may be necessary to prevent loss or deterioration or damage to the goods, show the goods for sale or take samples of goods without entry for home consumption, and if the proper officer so permits, without payment of duty on such samples.

Manufacture and other operations in relation to goods in a warehouse

Section 65 of the Customs Act, 1962 states that with the sanction of the Assistant Commissioner of Customs or Deputy Commissioner of Customs and subject to such conditions and on payment of such fees as may be prescribed, the owner of any warehoused goods may carry on any manufacturing process or other operations in the warehouse in relation to such goods.

Where in the course of any operations permissible in relation to any warehoused goods, there is any waste or refuse, then,

Removal of goods from one warehouse to another

Section 67 of Customs Act, 1962 says that the importer of any warehoused goods may clear them for home consumption, if –

Provided that the owner of any warehoused goods may, at any time before an order for clearance of goods for home consumption has been made in respect of such goods, relinquish his title to the goods upon payment of rent, interest, other charges and penalties that may be payable in respect of the goods whereas the owner of any such warehoused goods shall not be allowed to relinquish his title to such goods regarding which an offence appears to have been committed under this Act or any other law for the time being in force.

Clearance of warehoused goods for exportation

Section 69 of the Customs Act, 1962 states that any warehoused goods may be exported to a place outside India without payment of import duty if –

Allowance in case of volatile goods

Section 71 states that No warehoused goods shall be taken out of a warehouse except on clearance for home consumption or re-exportation, or for removal to another warehouse, or as otherwise provided by this Act.

Section 72 deals with Goods improperly removed from warehouse, etc which states that in any of the following cases, that is to say, –

If any owner fails to pay any amount demanded the proper officer may, without prejudice to any other remedy, cause to be detained and sold, after notice to the owner such sufficient portion of his goods, if any, in the warehouse, as the said officer may select.

Cancellation and return of warehousing bond

Section 73 of the act states that when the whole of the goods covered by any bond executed have been cleared for home consumption or exported or are otherwise duly accounted for, and when all amounts due on account of such goods have been paid, the proper officer shall cancel the bond as discharged in full, and shall on demand deliver it, so cancelled, to the person who has executed or is entitled to receive it.