It is essential that officers working in various wings of Customs, Excise and Service tax departments derive their powers and functions under three main tax laws dealing with indirect taxes, namely, Customs Act, 1962; Central Excise Act, 1944 and the Finance Act, 1994. In addition to exercising powers under three indirect tax statutes, they also derive powers given to them under various other allied laws such as NDPS Act,1985, PITNDPS Act, Chemical Weapons Convention Act, 2000 etc. in which certain powers for specific purposes have been given to our departmental officers for implementation in the field. As the officers of customs department have been given powers under various allied Acts, similarly the officers of various other departments have also been empowered under Customs Act, 1962 to exercise power of Custom officers subject to such limitation as have been specified in such empowering notification. This article would deal with the powers and the duties exercised by the Officers of Customs. 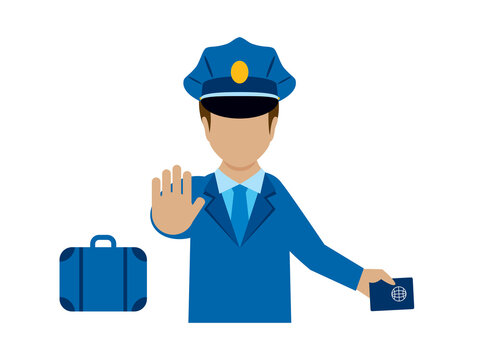 Powers and duties of Customs officers:

Section 108 of the Customs Act, 1962 provides that the Customs officer is entitled to serve summons to collect the evidence to produce a document or other thing or to give evidence. The person so summoned in bound to attend either in person or by an authorized agent, as such officer may direct, is bound to state the truth upon any subject respecting which he is examined or makes a statement and to produce such documents and other things a may be required. Further the power to arrest, the power to detain, the power to search or obtain a search warrant and the power to collect evidence are vested in the Customs Act. He is empowered to investigate into the infringement of the provisions of the Act primarily for the purpose of adjudicating forfeiture and penalty.

In Collector of Customs V. D. BhoormullThe Supreme Court held that the Department is not required to prove the case with mathematical precision. All that is required is that the occurrence and complicity of an individual should be established to such a degree of probability that a prudent person may, on its basis, believe in the existence of the fact of issue.

In Commissioner of Customs V. Ghanshyam Gupta, the Division Bench of Patna High Court held that there is no doubt about the legal position that the statements in the scheme of the Act are admissible evidence in terms of Section 108 of the Act.

From the light of the above, the officers of customs are given various powers to exercise for the smooth functioning of the system and also they have been vested with some duties that they have to discharge.

RECOVERY OF DEBTS UNDER SARFAESI ACT