LIMITATION IN CASE OF MORTGAGE UNDER SARFAESI ACT 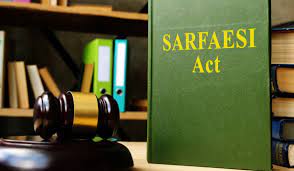 The SARFAESI Act, also known as the Securitization and Reconstruction of Financial Assets and Enforcement of Security Interest Act, was enacted in 2002 with the intention of enabling banks to recover non-performing assets (NPAs) without the intervention of a court. The SARFAESI Act authorizes Indian banks and financial institutions to sell or auction the assets/properties of credit defaulters without involving the courts.

LIMITATION IN CASE OF MORTGAGE UNDER SARFAESI ACT

PROVISION IN THE LIMITATION ACT

SECTION 62- To enforce payment of money secured by a mortgage or otherwise charged upon immovable property, the limitation period is twelve years, from the date when the money sued for becomes due.

PROVISION IN THE SARFAESI ACT

SECTION 36- No secured creditor shall be entitled to take all or any of the measures under sub-section (4) of section 13, unless his claim in respect of the financial asset is made within the period of limitation prescribed under the Limitation Act, 1963 (36 of 1963). A reading of the preceding provision will reveal that if a claim in respect of a financial asset is made within the limitation period stipulated by the Limitation Act, 1963, then the measure taken by the secured creditor under Section 13 (4) is also regarded to be within limitation.

The Hon’ble High Court of Madras in the case of; M/s. Consolidated Construction Consortium Ltd Vs. M/s. Indian Bank, 2010 AIR (Mad) 68, observed that-

The Recovery of Debts Due to Banks and Financial Institutions Act, 1993’s definition of “debt” is found adopted in the SARFAESI Act. “Debt” refers to any obligation (inclusive of interest) claimed as owing from a person by a bank, financial institution, or group of banks or financial institutions during any business activity carried out by the bank, financial institution, or group in accordance with any law, whether payable in cash or otherwise, or pursuant to a decree or order of a civil court, pursuant to an arbitration award, or otherwise, or pursuant to a mortgage. A simple reading of the definition of ‘debt’ would exhibit and demonstrate that given a ‘decree debt’ might be interpreted as a ‘debt’. It is self-evident and axiomatic that obtaining a decree will take a significant amount of time, which in some cases may exceed ten or fifteen years. In such a case, if the twelve-year period of limitation for enforcing the mortgage is calculated from the date of accrual of the cause of action based on the mortgage due under the bank, then the relevant portion of the definition of ‘debt’, as contemplated would be trivial. Therefore, the twelve-year limitation period must be calculated from the date of the decree or the debt recovery certificate issued by the Tribunal.

LOANS FROM NBFCs UNDER SARFAESI ACT